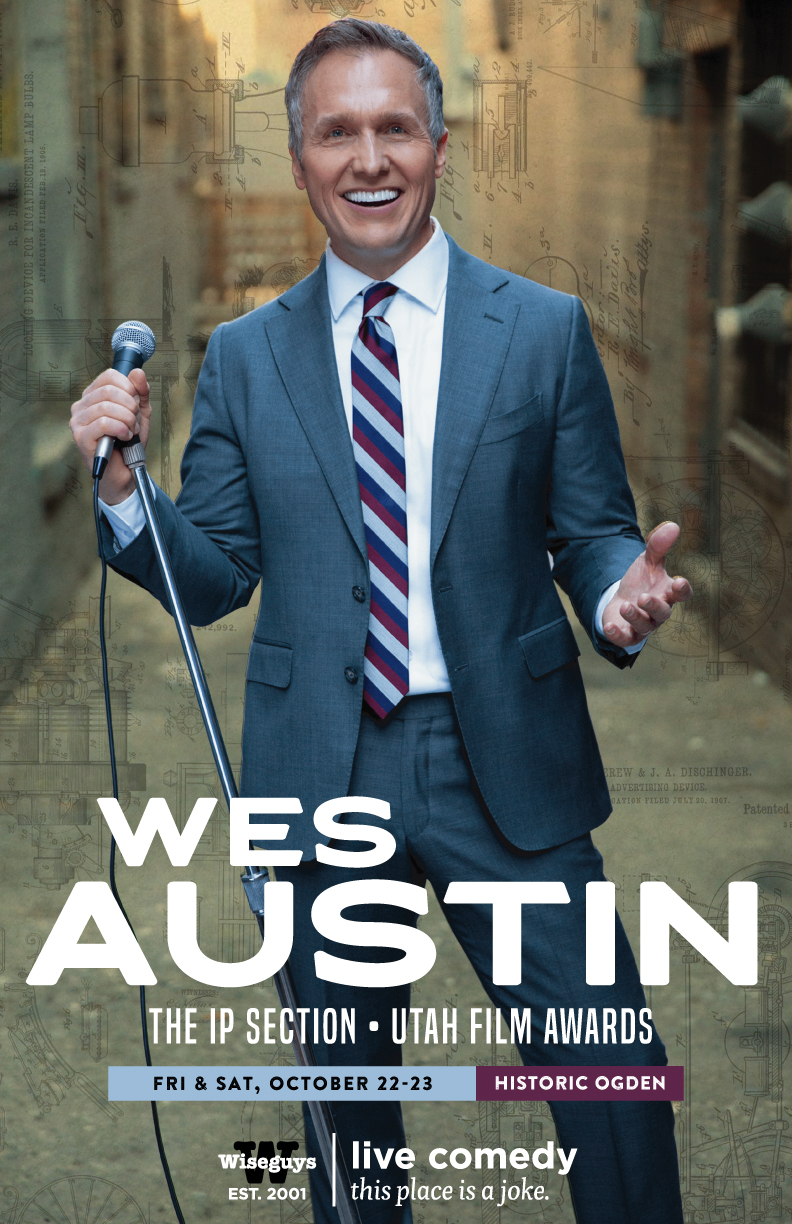 Wes Austin is a practicing patent lawyer, actor and stand-up comedian. He grew up in a family of eight children in a small town in northern Utah. As a former electrical engineer, now patent lawyer, husband and father of three, Wes brings a unique and fun perspective to comedy.

In 2014 Wes wrote and produced a television pilot for “The IP Section,” a scripted autobiographical drama/comedy (“dramedy”) that takes a fictional look at Wes’s first rocky attempt at comedy while trying to keep it a secret from his clients, co-workers and family. The pilot was accepted by the ITVFest and San Francisco Independent film festivals. For his role in the pilot, Wes won Best Lead Actor in a Short Film at the 2017 Utah Film Awards.

The CBS affiliate in Utah (KUTV) did a feature story about Wes and the pursuit of his dreams in June of 2019. From the story, “Austin is now inspiring others to pursue their dreams as well.”